We headed out of our hostel around 7:45 am into a foggy morning socked with a light mist. The narrow cobblestone streets lined with their colorful, tiled buildings seemed to disappear up into the clouds. A few blocks from the hostel we found a cozy cafe, Fabrica, where we stopped for strong, hot coffees and croissants still warm from the oven. We also purchased two apple walnut squares for the trail, which turned out to be a good idea, since there were some longer stretches later in the day with few cafes.  In this cafe, like everywhere else we have visited so far on Lisbon, English was fluently spoken. 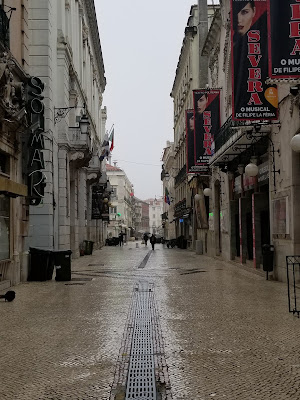 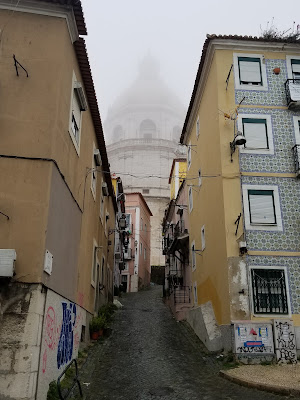 After our delightful breakfast, we made our way down to the Se Cathedral, along the narrow white cobblestone sidewalks which had become extremely slippery in the rain. 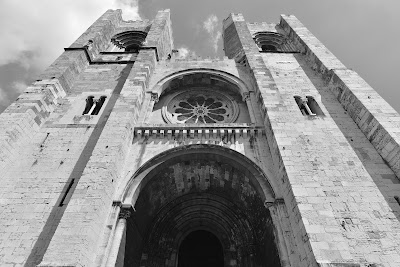 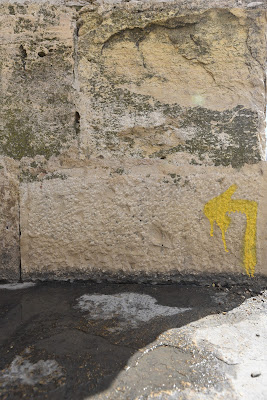 Once past the cathedral, the Caminho took us through Alfama, the Arab quarter of Lisbon. The cobblestone streets were very narrow and beautiful, and filled with enticing cooking smells, and the sounds of singing filtering out from behind the shutters. 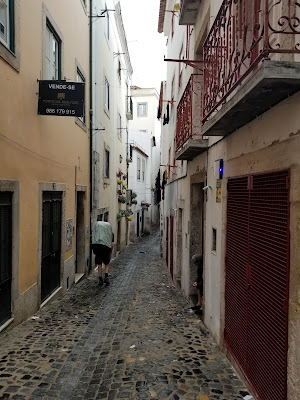 After leaving Alfama behind, we passed through a more industrial section of Lisbon.  The Way followed the train tracks and the highway, offering occasional glimpses of the ocean, which today looked thick and grey.  Although this section wasn't the most inspiring walk, as we crossed under the highway the trail soon gave way to a beautiful hike along the water. 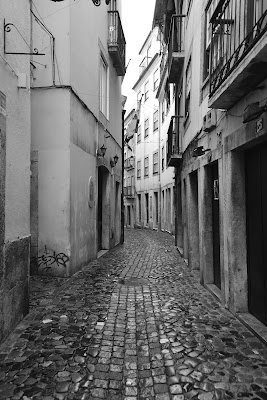 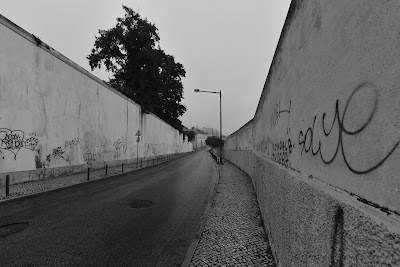 As we turned towards the Tagus, the Caminho took us through the site of Expo '98. This stretch of path began with a beautiful garden of palm trees and a fountain.  The delicate and evenly spaced canopy of palm fronds gave the impression of being inside a greenhouse, even though we were outside. 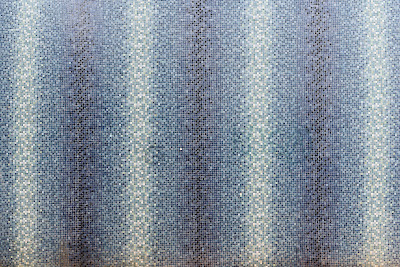 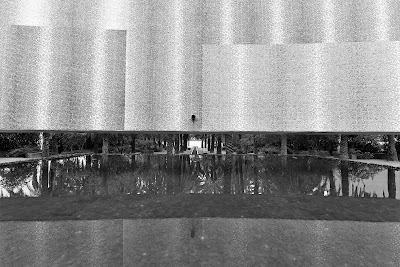 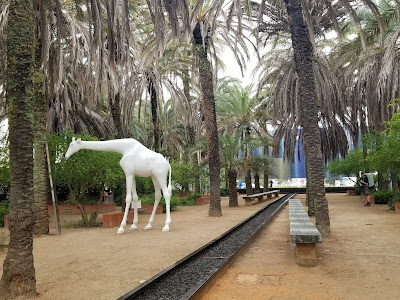 On the far side of this magical garden, the markers then guided us along the water, on a well used jogging and walking path shaded with pine trees. On one side was the harbour, on the other were restaurants, modern architecture, art, and botanical gardens, and overhead were moving cable cars.  In the distance the Vasco da Gama bridge disappeared through the fog.  It was a lovely stretch of trail. 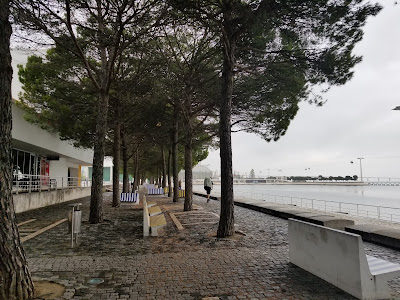 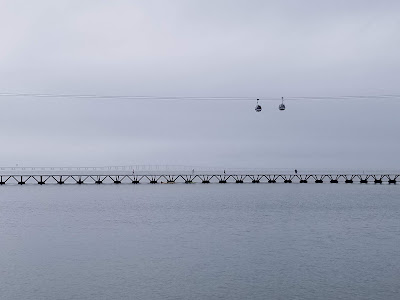 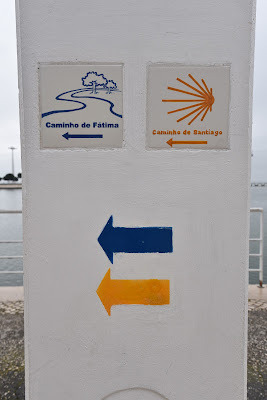 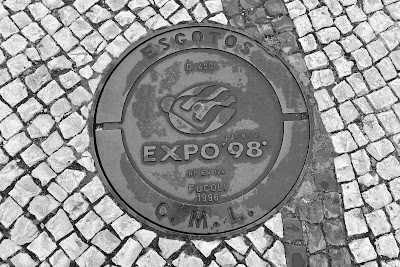 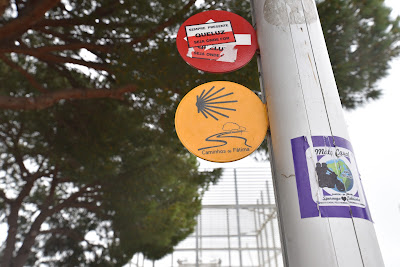 After the Expo cite the trail continued along the water, alternating between boardwalks and gravel sections.  Many people were out biking, jogging, and hiking on this beautiful and warm spring day. We took our time in this section, taking many photos of the bridge and some bright yellow warblers. 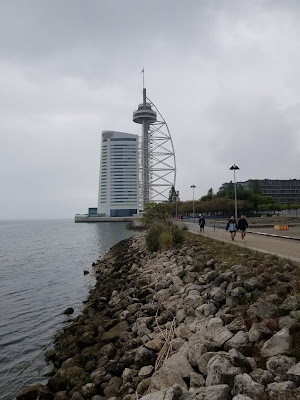 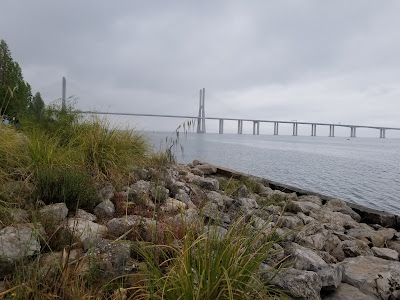 Once the trail turned away from the water it again crossed a highway and then began following the Tejo River.  Just before the river we met two other pilgrims, and they spoke English! 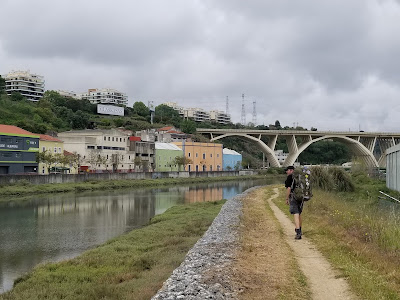 The next stretch of trail took us through a steep sided valley along the river. There were many interesting birds in this stretch - including warblers, swallows, wading birds, herons, and many whose songs we enjoyed but which we could not spot. The dirt track seemed to go on forever, but it was very beautiful! In this stretch we began to be very thankful for the overcast day, as there was little shade. 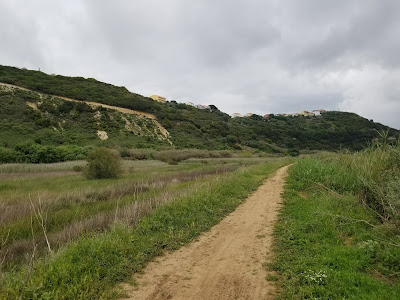 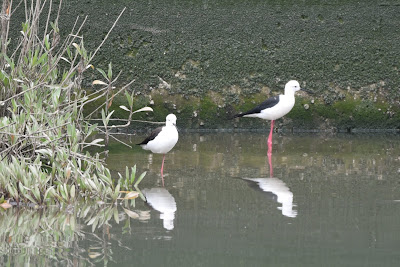 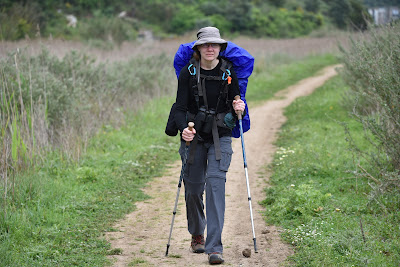 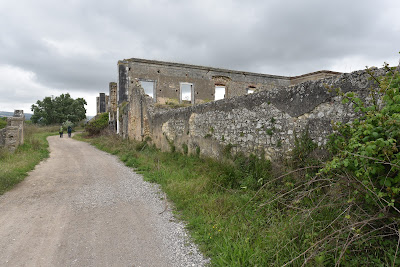 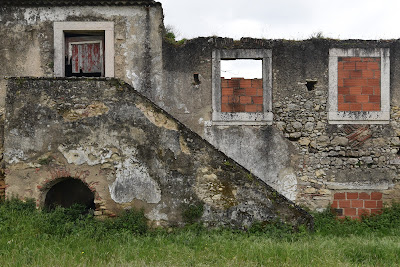 As we approached the town of Alpriate we began to see other pilgrims, and we found ourselves walking in a loose group of about eight other pilgrims.  It began to feel like home:) 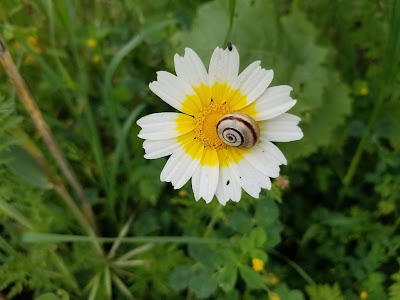 Just about the time our feet were starting to hurt, we came to the town of Alpriate, where we were hoping to spend the night. Here we found a lovely small Albergue with ten beds, eight of which are in a nice attic space upstairs. The lady who runs it was very nice, offered great advice about the coming few days on the Caminho, and speaks English, as do most of the other pilgrims. 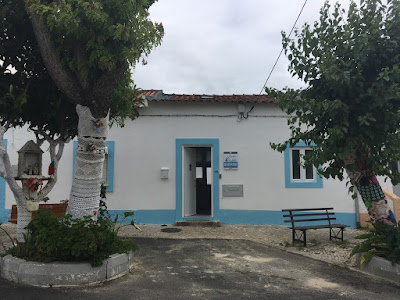 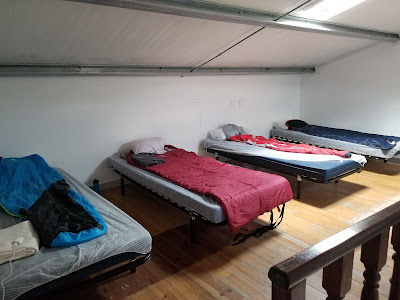 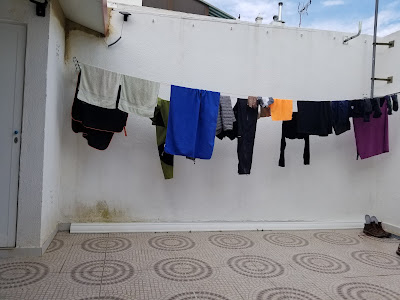 After arriving we had showers, did our laundry, and headed out to the bar down the road for cheese sandwiches and a cold beer.  Apparently this bar serves a pilgrim menu (€7.50) and breakfast.  Alpriate is a very small town with 2-3 places (potentially) to eat and not much else to see or do,  but it is a good place to stop after the first day of walking.  It seems like the perfect end to lovely day!