This morning began with piping hot croissants, quince jam, and coffee for breakfast at the hotel. There were even extra buns that we took with us as extra provisions for the trail.

We again headed out into a thick fog, reminiscent of the fog banks we encountered on the other side of the Atlantic, on the East Coast Trail in Newfoundland Canada. 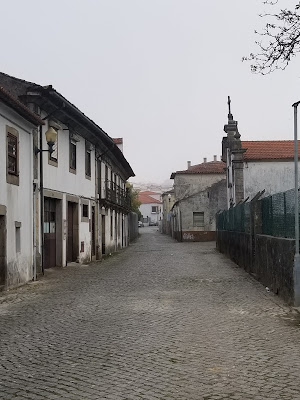 As we climbed up out of Sao Joao we walked through some very beautiful and well cared-for neighborhoods which I suspect had a fantastic view back over the city. We also passed through some industrial areas, complete with both functional and abandoned factories. 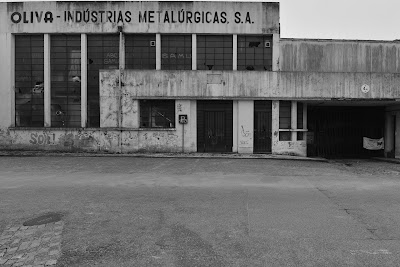 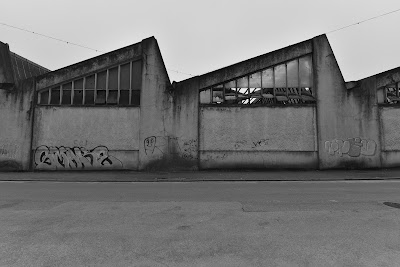 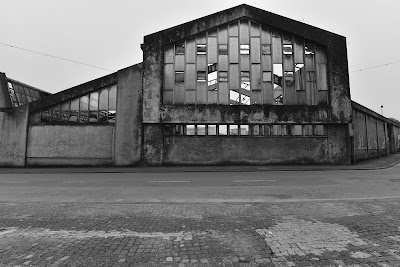 When we reached the top of the hill we passed the magnificent tiled cathedral. Like most of the churches and cathedrals we've passed so far it was closed. 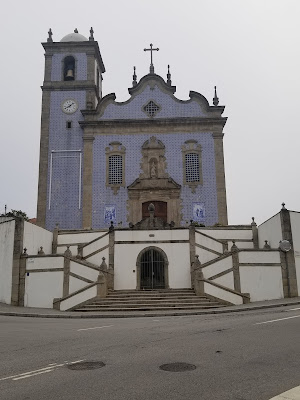 What followed next was a walk along a busy connector road, filled with the kind of businesses you find on the edges of many towns in North America - repair places, furniture stores, building centers, and highway restaurants. It was extremely busy and not too pleasant,although thankfully there was a sidewalk. 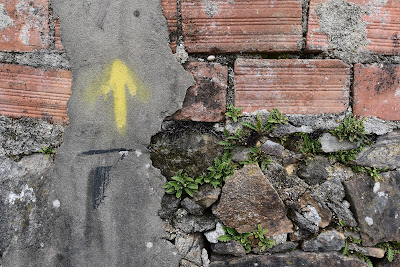 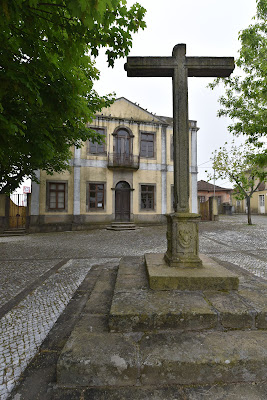 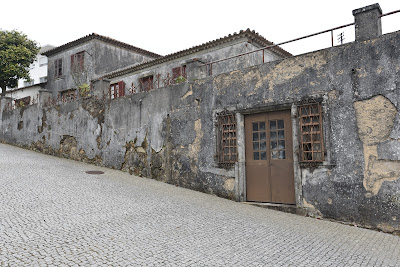 At one point the arrows seemed to direct us into a subdivision, but then turned suddenly blue only (to Fatima). Luckily a lady was out on her balcony and pointed us and the two other pilgrims we were with back to the highway. One of the tricks we've learned on this Camino is that when the yellow arrows vanish on spots, you can usually find a blue arrow for Fatima, and head in the opposite direction. In Portugal the route to Fatima is clearly held in much higher esteem, and always very well marked. 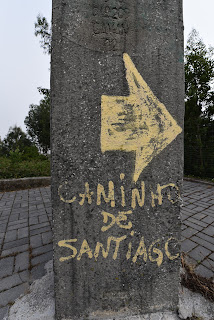 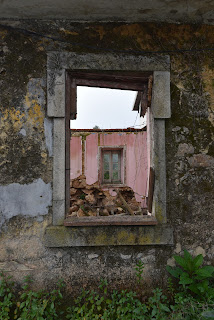 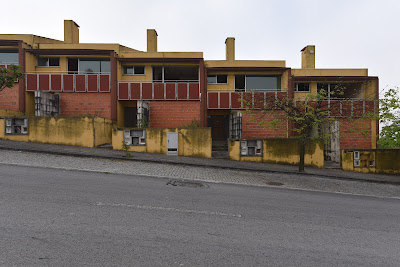 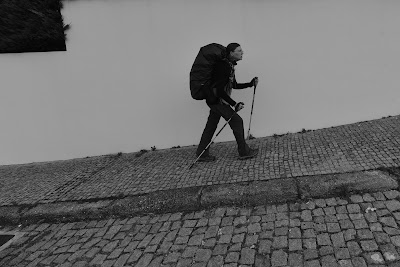 We stopped at the Souto cafe mid-morning, and enjoyed a coffee, two coconut pastries, and two almond cookies. Antonio, the bar owner brought out a data sheet and diligently marked down that two Canadians had stopped in his bar. He showed us his previous sheets, and it looked like Italians were by far the most prevalent nationality on this Camino. We learned afterwards that this bar also offers a stamp, but we missed this opportunity. 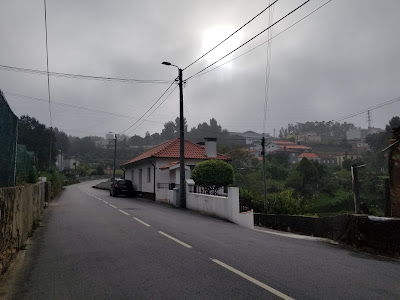 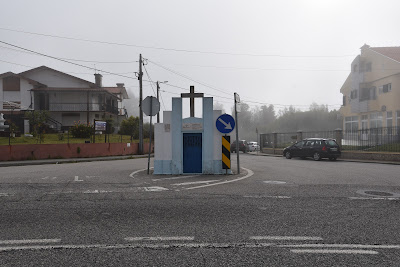 After this point the path wended through a mix of hillside neighborhoods, industrial areas, older villages, and more modern developments. We had to cross busy highways a few times on rather blind corners, but the walking and traffic were not too bad. 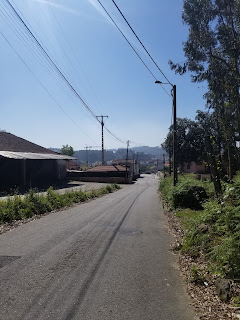 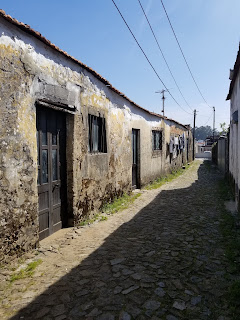 We spent the day leap frigging with Rita and Michael. We were all heading to the donativo albergue in Grijo, which we arrived at around noon. It is a beautiful place with bunk beds, a kitchen, a large back yard with laundry facilities, and a level walled courtyard in the front. There is also a market and bar right outside the door. 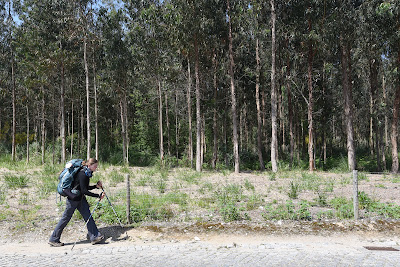 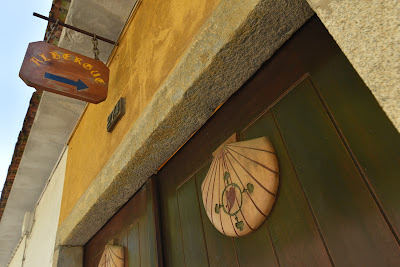 We did our chores, had a pint and sandwich next door, and then walked into the central area of Grijo, which is about a 10 min walk down the way. To get there we walked down a cobblestone street around the old stone walls of the monastery. It looks very peaceful inside. 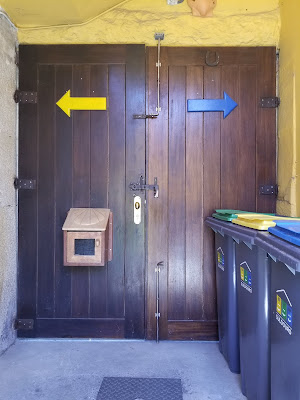 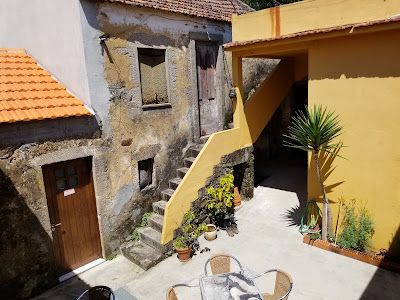 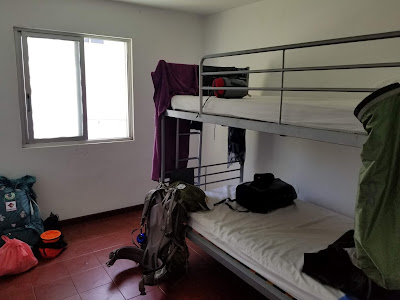 There is a small collection of bars, restaurants, and shops in Grijo, as well as a market. We bought some pasta, veggies, sauce, and wine yo make for dinner, and headed back for a relaxing afternoon in the courtyard. 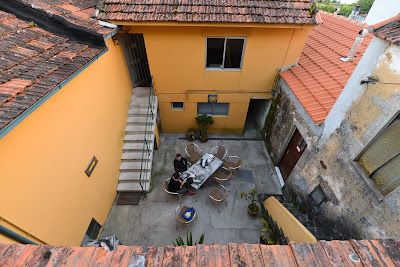 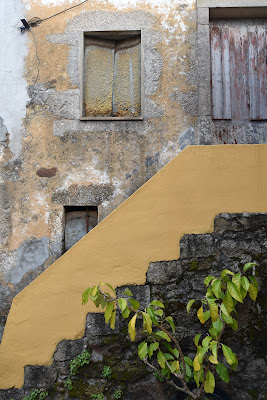 We were eventually joined by Peter, Sue, and Rita who are all staying here as well.  We sat around and chatted until dinner, and then went inside to make dinner.  Sean and I made pasta and veggie sauce, and Sue made salad and boiled eggs.  There was plenty of wine, and we shared a fantastic meal together in the courtyard that stretched on towards bedtime.  Just before bed, Peter brought a few kumquats in from the tree in the backyard.  They were ripe and very tasty.  I remember my dad saying he harvested them from a tree in his backyard growing up in Miami, and I can definitely see why! 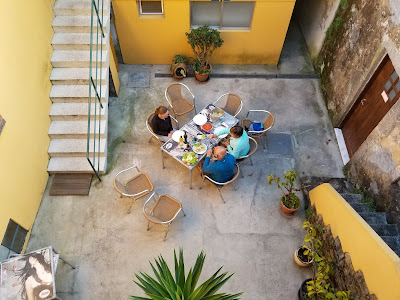 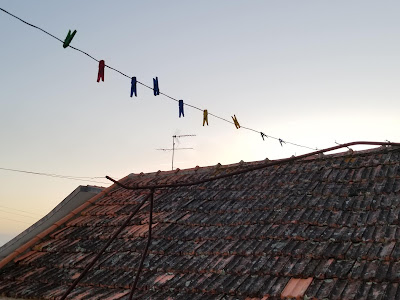